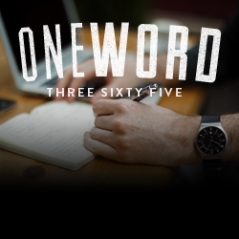 Purposeful is the word I will use to focus on achieving things in 2014. In every area of life it is to not just let things happen, but to start with a purpose to glorify God and to purposefully take action to specifically accomplish His purpose in that area of my life. Mirrored by Gods word whether it is my relationship with God, finances, family, health and fitness, work, activities, my focus will be to address those areas with purposeful intent and that being to be pleasing to him. With Gods help I will improve in each area with a purposeful plan. If something does not fulfill Gods purpose for me than it must not take valuable time.

In Psalms 23 we have a very well known chapter in the bible. Even those that are not Christians could probably quote some of it. I look at this Psalm as a declaration by David, but am challenged to ask myself can I declare it in my life as completely true. I pray it is so. You see the Psalm starts off with “The Lord is my Shepherd”, but is He really? Jesus said in John 10 that His sheep know His voice and that they will not follow the voice of another. What voice do we listen too? What voice do we follow? This is where we take stock of our lives and ask what voice is speaking into our lives each day. Is it the voice of the television? Is it the voice of our often anti God culture? You see if the sheep are not around the shepherd and not listening to his voice how will they recognize it? Likewise we as Gods people can be bombarded with the many voices around us. The problem becomes if we are not around the voice of God (His Word), then we will end out following the other voices in our world and culture. The enemy then comes along as He did with Eve in the garden with the question has God said? Has God said it is wrong to steal, has He said we are to forgive? Has He said we are to turn the other cheek? Has He said give to the poor? You see if we have not built into our lives time to be around the Shepherd, listening for His voice, seeking His guidance then we become dull to His voice and thus a people who live not much different than the world around us. Oh I’m sure we can look around and say I live a better life than so and so, or than you know who. However God does not measure us against others, but against His word. He says His sheep know His voice and will not follow the voice of another. Are we as Christians taking the time to know Him intimately? It is awesome when God speaks to us, directs us and leads us! He makes us to lie down in green pastures and leads us beside still waters. He restores our soul! You see the awesome reward of spending time with the Shepherd is that He looks after His sheep. He cares for us! Can we be still long enough to allow God, the Lord, our Shepherd to speak into our lives. As our Shepherd He wants to provide for us, He wants to guide us, and He wants us to be in a place of rest where we can receive of His goodness and faithfulness. It is exciting to walk close to Jesus, Our Great Shepherd, we just need to focus less on the other voices, slow down so we can listen to the voice of the Shepherd. I want more of His voice, and my hope is His people will want more too. Amen.